Banks kicked in the Mass (Court) 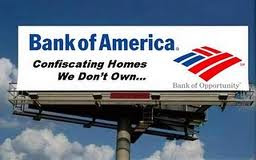 Big Case decision out of Massachusetts recently...I'll provide the article and my feedback as usual

The highest court in Massachusetts ruled against Wells Fargo & Co. and U.S. Bancorp in two foreclosure cases that cast doubt over whether some home loans were properly handled when packaged into securitizations.

Justices in the state's Supreme Judicial Court upheld a lower court's decision to void foreclosure sales of two homes in Springfield, because owners of the loans couldn't prove that the mortgages had been assigned to them. Both loans were assembled into mortgage-backed securities sold to investors.

A Wells Fargo branch in San Francisco. Shares of the bank fell 2% on the ruling, and other banks saw share-price losses as well.

Weitz - It won't hurt the banks that badly. Most are simply servicing companies now. More than half the primary loans out there are held by Fannie Mae and Freddie Mac (officially called 'quasi-government agencies' - unofficially called cash pits of US Taxpayer dollars). You can thank your govt officials for using your tax dollars to bail out the banks.

Bank stocks fell on worries that Friday's ruling could make it harder for financial firms to foreclose on mortgages that wound up in securities. The defeat also might provide ammunition to mortgage-bond investors who have accused and even sued servicers for what the investors claim is systematically shoddy loan documentation.

The ruling against the fourth- and fifth-largest U.S. banks in assets came amid a delay in the crafting of new standards for mortgage lending as top U.S. regulators clash over protections for homeowners facing foreclosure.

The logjam is a sign of how strongly the financial crisis still looms as regulators work to implement the Dodd-Frank financial-overhaul law passed last summer. To help prevent another housing collapse, lawmakers included a provision requiring issuers of mortgage-backed securities to keep 5% of the risk, since investors would suffer losses when loans go bad.

Weitz - 5% of the risk? So my down side is 5%, and my upside is billions of dollars in fees to originate and sell the loan. The financial regulation touted by congress and the administration was largely worthless in my opinion. It did absolutely nothing to fix our problems and end the banks siphoning of capital in this country.

Six federal agencies must sign off on the provision before it is released for comment, but their tentative goal of completing a proposal by the end of December came and went with no agreement. The delay was caused partly by disagreement about whether to include new protections for homeowners on the brink of foreclosure within this so-called risk-retention rule or separately, people familiar with the negotiations said. The Dodd-Frank law requires that the regulators finalize the risk-retention requirement by April.

The snag indicates that implementing the changes triggered by the new law could be messy as regulators wrestle to reach consensus. Friday's court ruling brought even more anxiety to the mortgage-securitization market.

The Massachusetts case is a closely watched example of what some mortgage experts describe as "show-me-the-paper" cases over widely used procedures for transferring loans after they are made. Individual loans often are sold to an investor, with the new owner's name left blank in loan documents to minimize paperwork hassles as the loan subsequently changes hands before being combined with other loans into mortgage-backed securities.

Justice Robert J. Cordy concluded in a concurring opinion that the two banks showed "utter carelessness" when they "documented the titles to their assets." If the ruling is followed by lower courts in Massachusetts or emboldens borrowers and investors elsewhere, it could delay or even derail some foreclosures. That would make it harder for banks to recoup loan losses by selling homes that are seized through foreclosure proceedings.

"It's deeply disturbing to investors that it even got to this point, but it potentially strengthens any bondholder claim that the servicers are mishandling foreclosures," said Talcott Franklin, a lawyer representing bond investors.

Susan Wachter, a real-estate finance professor at the University of Pennsylvania, called the ruling a "landmark decision" with nationwide implications because Massachusetts loans wound up in many securities.

Shares of Wells Fargo, based in San Francisco, fell 2%; U.S. Bancorp, Minneapolis, slipped 0.8%. Betsy Grasek, an analyst with Morgan Stanley, wrote in a note to clients that the declines created "buying opportunity for bank stocks," adding that the court ruling "is not saying the foreclosure process is flawed."

R. Bruce Allensworth, a partner at law firm K&L Gates who represents U.S. Bancorp, said the decision would have no effect outside Massachusetts. In a statement, Wells Fargo said the ruling "does not prevent foreclosures on loans in securitizations."

Weitz - unfortunately, he is right...for now.

In the risk-retention spat, the Federal Deposit Insurance Corp. has insisted that forthcoming rules also contain new standards for mortgage servicers that collect mortgage payments and distribute them to investors.

Other regulators agree on the need for such changes but want to tackle them through a separate rule or possibly legislation. Those officials are concerned that the FDIC's approach wouldn't cover all mortgages, adding that it is unclear whether regulators have legal authority under the law to impose standards on mortgage servicers.

Industry officials are pressing for a delay, claiming that trying to define what kind of mortgages are deemed safe and therefore exempt from risk-retention requirements is complicated enough. "There should be a discussion on how you look at servicing standards and what they should be," said Paul Leonard, vice president of government affairs at the Housing Policy Council, a mortgage industry group. "We think they should be done separately."

The FDIC has the support of some top Democratic lawmakers, along with some investors in mortgage securities, economists and consumer groups. Supporters argue that servicing standards are a crucial part of the housing market's recovery and that the industry is long overdue for reform.

"We needed this three years ago; we needed it 20 years ago," said Alys Cohen, a lawyer with the National Consumer Law Center, a liberal consumer group. Including standards in the Dodd-Frank mortgage rules guarantees they will be in place by April, "which is lightning speed by federal rule-making standards."

Last month, the FDIC published a legal memo stating that servicing standards are "clearly permitted" under the risk-retention rules. Andrew Gray, an FDIC spokesman, said regulators were asked as part of the new law to "help ensure strong underwriting and a safe and stable securitization market, and the FDIC strongly believes that servicing standards are a critical part of this effort."

As a result of the recent foreclosure mess, regulators have been reviewing the mortgage-servicing system. Possible guidelines being discussed include a requirement that servicers establish a single point of contact for delinquent homeowners and disclose whether they own an interest in loans they handle.

Weitz - While the Mass Court decision is not a positive for the banks, I personally believe the effects will be minimal. The decision has no weight outside of the Massachusetts. Nevertheless, Rome was not built in a day and you can be assured the next 6 months - 1 year will have some very interested court decisions across the country.
at 7:39 AM No comments: 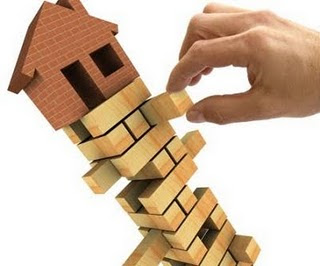 The below article discussing the continuing problem of foreclosures that does not appear to be alleviating.

Banks seized more than a million U.S. homes in one year for the first time last year, despite a slowdown in the last few months as questions around foreclosure processing arose, a leading firm said Thursday.

Banks foreclosed on 69,847 properties in December, bringing the year's total to 1.05 million, topping the prior record of 918,000 homes seized in 2009, real estate data firm RealtyTrac said.

Weitz - the banks typically slow down in December for the Holidays anyways, so I don't think there are many definite conclusions to be drawn from the December stats aside from - if the foreclosures were effectively halted for 2 months, yet we still had an annual record, the numbers are obviously terrible.

The number of foreclosure filings, which includes default notices, auctions and repossessions, was a record 2.9 million last year, including 257,747 filings in December.

Weitz - this is an important stat that shows the weakness is going to continue for the immediate future. Foreclosures 'filings' are obviously a precursor to a foreclosure in many cases.

"Total properties receiving foreclosure filings would have easily exceeded 3 million in 2010 had it not been for the fourth-quarter drop in foreclosure activity - triggered primarily by the continuing controversy surrounding foreclosure documentation and procedures that prompted many major lenders to temporarily halt some foreclosure proceedings," said James J. Saccacio, chief executive officer of RealtyTrac.

"Even so, 2010 foreclosure activity still hit a record high for our report, and many of the foreclosure proceedings that were stopped in late 2010,-which we estimate may be as high as a quarter million, will likely be re-started and add to the numbers in early 2011," Saccacio said.

The firm said Nevada, Arizona and Florida continued to post the highest foreclosure rates in the country. And just five states - California, Florida, Arizona, Illinois and Michigan - accounted for more than half of all foreclosure activity.

One in every 11 housing units in Nevada received at least one foreclosure filing in 2010, more than four times the national average.

In 2005, before the housing bust, banks took over just about 100,000 houses, according to the Irvine, California-based company.

Weitz: Bottom line is the problem we have discussed at nausea on the blog is continuing to unfold. I predict foreclosures for 2011, 2012 and possibly beyond to exceed even these awful numbers of 2010. There are simply too many distressed homes on the market that have not been addressed.

For more information on your rights in Foreclosure or Short Sale, consider contacting a Seattle Short Sale Attorney.