The foreclosure fairness act is now playing a big part in Washington foreclosures. The big component of the bill is that all parties must act in good faith, but what does that mean and why does it matter? Below is a very basic overview of the law and the potential ramifications of getting a bad faith determination at mediator.

A violation of a Duty to Mediate in Good Faith include:

a. failure to timely participate in the mediation without good cause
b. failure to provide the following documents to the borrower at least ten days prior to mediation:
- accurate statement of loan balance
- copies of note and Deed of Trust
- Proof the beneficiary is the owner of the promissory note
- estimate of arrearages
- payment history for past 12 months
- NPV analysis
- explanation regarding any denial for loan modification or other foreclosure alternative
- most recent BPO or appraisal
c. Pool Servicing Agreement that prohibits modification
d. Failure of a party to designate representatives with adequate authority to fully settle, compromise or otherwise reach resolution

What does it mean if the bank gets a failure to act in Good Faith?

If mediator issues a certificate that beneficiary failed to act in good faith, it would constitute a defense to a non-judicial foreclosure - the most common type of foreclosure in Washington.

A mediator certificate that the NPV (Net Present Value) of a loan modification exceeds the NPV of a foreclosure, it would constitute a basis for enjoining the foreclosure. 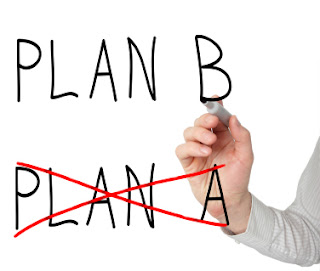 A recent AP article regarding the new HARP program:

The most ambitious federal mortgage program to date aimed at millions of underwater homeowners is poised to take off in the coming two weeks, yet some key issues could hinder borrowers' participation. One of them involves something most owners know nothing about: Who was your mortgage insurer on your underwater loan?

Weitz - We all know that the original HARP was a failure. Hopefully, the 2.0 version will be more productive - time will tell. Here are some basics of the program.

Though it was announced by the Obama administration late last year, the so-called "HARP 2.0" — the second version of the Home Affordable Refinance Program — will only hit full stride around the middle of this month, when Fannie Mae and Freddie Mac finish tweaking their automated underwriting systems to accept applications, and lenders and mortgage-insurance companies start handling large volumes of requests.

The revisions are crucial for owners who have outstanding mortgage balances in excess of 125 percent of the current resale values of their homes.

Under the second version of HARP, there is no upper limit on permissible loan-to-value ratios (LTVs). You can owe twice or even three times the value of your home and still qualify for a refinancing at today's low interest rates. The earlier version imposed a limit of 125 percent, which cut out millions of the hardest-hit victims of the real-estate bust.

The latest HARP also comes with streamlined underwriting — no requirement for physical appraisals in many cases, speedy processing and elimination of some of the deal-breaker fees imposed by Fannie Mae and Freddie Mac in recent years.

The objective, federal officials say, is to get it right this time around by removing the previous obstacles to widespread participation by lenders and severely underwater borrowers. Industry studies estimate that as many as 6.9 million loans could fit the broad requirements for refinancing, but that far fewer — somewhere around 2 million borrowers — are likely to qualify on all the detailed eligibility criteria.

Among the key rules:

• Only loans owned or guaranteed by Fannie Mae and Freddie Mac are eligible. Underwater borrowers who have FHA, VA or other types of mortgages are not. Both companies' websites — www.fanniemae.com and www.freddiemac.com — offer "look up" features that tell you whether they own your loan.

• Your mortgage must have been purchased or securitized by either company no later than May 31, 2009, and must have an LTV ratio in excess of 80 percent.

• You must be current on your loan with no 30-day late payments during the six months preceding application and no more than one late payment during the last 12 months.

If you think you qualify, you can apply to your mortgage servicer and ask how to proceed. Once the fully automated program gets going in a couple of weeks and your LTV is higher than 125 percent, you should also be able to shop around among other lenders who are large enough to run servicing operations of their own.

But be aware of a little-noticed glitch that has arisen in the program that could hamper your opportunity to refinance. Some lenders may not want to proceed with your application because of a detail buried in your loan documents that was always beyond your control — the name of the mortgage insurer on your current loan.

If it is United Guaranty, they may set your application aside because that firm alone has not agreed to adhere fully to the streamlined procedures other insurers accepted as part of the basic deal with the White House, Fannie and Freddie to kick-start the revised refi program.

The issue is technical and complicated — United Guaranty has refused to waive its rights to force lenders to repurchase what it considers badly underwritten loans, and is requiring additional underwriting in some cases. All other private mortgage insurers have waived their rights.

The net effect of United Guaranty's policy, say lenders and federal officials, is to disrupt the intended fast and efficient processing of HARP refi applications — potentially denying lower interest rates to as many as 10 to 15 percent of underwater borrowers who might otherwise qualify.

Some major lenders, such as Quicken Loans, said in interviews that they will have to either set aside or reject HARP applications where the original loan carries United Guaranty insurance. United Guaranty, a subsidiary of giant insurer AIG, said in an email statement that it "fully supports the Obama administration's efforts" in revising HARP, and that only a "minority" of its insured mortgages should be affected by its policy disagreement with the rest of the industry.

Bottom line for you if you're deeply underwater and interested in a HARP refi: Proceed with your application anyway, but be aware there are tripwires and snares that could derail you

For more information on your rights with Distressed Real Estate, consider dicussing with a Seattle Foreclosure Attorney.