Foreclosures up across the country


A video from the Dylan Ratigan show this week discussing the increase in foreclosures.
On a side note, Dylan is leaving cable news - selfishly, I'm very disappointed as I think he is the most educated, objective news anchor in the market these days. He will be missed.

An overview of the discussion can be found below:


Visit msnbc.com for breaking news, world news, and news about the economy

Weitz – this is not a surprise as the banks are now free to continue the ‘foreclosure mills’ without concern that Attorney General Offices will pursue them for improper practices.

2) States are using the AG Settlement for homeowners to aid in their general budget short falls.


3) Mediation programs, like the one implemented in Washington, work. Banks are more willing to utilize other loss mitigation methods including short sale or deed-in-lieu of foreclosure.

For more information on your rights in foreclosure or short sale, consider consulting with a Seattle Short Sale Attorney.

Complaints of Mortgage Settlement in Washington

Weitz - the main reason I'm posting this is to inform folks that we now have a place for complaints for abuses of the mortgage settlement(s) surrounding 5 of the big banks.

Joseph A. Smith Jr., who left his position as North Carolina's banking commissioner to take the monitoring job, said he's set up a website — www.mortgageoversight.com/report-client-issues/ — where housing counselors, bankruptcy lawyers and other advocates can report problems.

"I am hopeful that we will get additional input in terms of our review of the banks' work from out in the field," he said. Smith said Wednesday he's working on setting up uniform standards for monitoring compliance at each bank, and has hired BDO Consulting to help. He said he plans to hire additional outside consultants to track each bank's progress.

The settlement agreement, filed in federal court in Washington, D.C., in February, was reached after attorneys general from all 50 states announced a probe into foreclosure practices after disclosures that banks were using faulty documents to seize homes.

The banks have committed $20 billion in relief for borrowers plus payments of $5 billion to states and the federal government.

About $17 billion of the agreement will pay for mortgage-debt forgiveness, forbearance, short sales and other assistance to homeowners. Servicers will also provide $3 billion in refinancing to lower homeowners' interest rates. The settlement also sets new standards for servicing loans aimed at preventing foreclosure abuses.

Smith said he expects to get reports on the banks' consumer relief efforts later this year. Progress reports on servicing standards will come at the beginning of next year, he said. 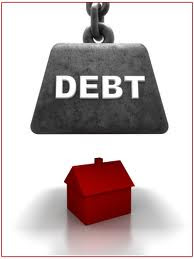 Here's a post for the real economic geeks out there!

A recent report by the head of the St. Louis Fed James Bullard can be found here.

Some highlights from the report:

1) With regard to real estate, U.S. homeowners have about $9.8 trillion in debt outstanding against $490 billion of equity.

Weitz - this is a huge number - I've said since I created this blog that DEBT is the number one problem in America from mortgages to credit cards to students loans. Until we start seeing the average family deleverage, we will simply not see a robust recovery as most families continue to use their resources simply to service the debt they have taken on. This benefits the creditors (ie. banks), but does very little for the common person.

2) To get back to the normal LTV, households would have to pay down mortgage debt by about $3.8 trillion, about one-quarter of one year’s GDP. This will take a long time. It is not a matter of business-cycle frequency adjustment.

Weitz - let me translate - to get back to a normal Loan to Value ration, we would have to face MASSIVE defaults or LOAN PAY DOWNS.

3) The U.S. economy had a bubble in housing which collapsed. Recovery from this event is ongoing and will ultimately take many years.

4) In particular, households are saddled with far too much mortgage debt compared with historical norms.
Monetary policy has been ultra-easy during this period, but cannot reasonably encourage additional borrowing by households with too much debt.

Weitz - kudos to Mr. Bullard for taking an honest assessment of the Mortgage situation. In a position such as his, it can be very easy to fall into the 'tell people what they want to hear' category. 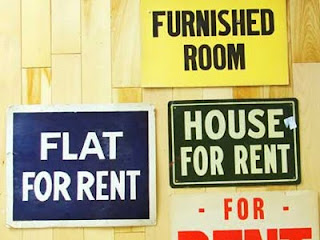 Weitz – a recent article regarding the potential of a ‘Mortgage to Lease’ program which would allow distressed homeowners to rent the homes in which they are being foreclosed upon. Unfortunately, this particular program is not utilized in Seattle, however, that could very well change should the program be successful in other States.

AP- Unable to qualify for modifications on Bank of America mortgages, a few of California's most distressed homeowners are being offered one last chance to stay in their homes: Become renters instead.

Testing a mortgage-to-lease program in the Golden State, Bank of America sent 300 letters last week inviting borrowers without other options to apply. An additional 1,500 letters will go out in the next few weeks as the bank, which also is testing the program in Arizona, Nevada and New York, evaluates whether a national rollout is feasible.

Bank of America plans to sell the homes to investors. It typically would recoup far less than what's owed but would come out far ahead compared with where it would be after evicting borrowers, making "cash for keys" payments to help them move and selling empty and often vandalized foreclosures in the troubled housing market.

Evicted homeowners tend to look for single-family homes to rent in their own neighborhoods anyway, so why not let them exchange the deed to the home for a lease, Bank of America executive Ron Sturzenegger said.
"It's good for us, it's good for the borrower and ultimately good for the community," said Sturzenegger.

Borrower advocates say the approach, providing a cushion for homeowners at the end of their rope, is long overdue. They point out that mortgage giant Fannie Mae has had a similar "deed-for-lease" program for 2 ½ years for the occupants of foreclosed homes it owns.

Some investors already have been pursuing similar goals, such as the partnership that acquired Eduardo and Juanita Quezada's home in Moreno Valley, Calif.
The Quezadas' financial setbacks began in 2005, when they refinanced the home after a strike at the supermarket chain where they worked. The walkout wiped out their savings.
Bank of America, which serviced their loan, began foreclosure proceedings in October 2010 after the couple fell behind on payments. Lengthy efforts to qualify for a loan modification were denied, the couple said, because their household income fell short of their monthly expenses by $90.

TwinRock Partners of Newport Beach, Calif., bought the three-bedroom, two-bathroom home at a foreclosure sale last year and worked out a deal to rent it to them for $1,310 a month, about $40 less than their old mortgage. Staying in place helped them at the time, but has been a difficult experience, Eduardo Quezada said.

"We both have jobs, me and my wife. I thought for sure we would work it out some way," he said. "I had invested a lot in the house, and to walk away from it was depressing."
The Quezadas, who started with a one-year lease and have signed on for an additional six months, are thinking of downsizing to an apartment in a better school district.

"It's like going backward," Quezada said. "It's like you're going back in time." TwinRock Chief Executive Alexander Philips said his partnership prefers to keep former owners as renters when it buys distressed homes. Often, though, the residents are suspicious and must be convinced of the advantages because the experience of losing ownership was so horrible.

"Once you get them through that adjustment, (they understand that) it actually makes economic sense to stay in the house," Philips said. That's in addition to "the comfort of being in their own house, the convenience of staying where they are, with the kids close to their friends in the neighborhood and keeping them in the same schools."

Bank of America emphasized that its test program is limited to borrowers it selects, so homeowners can't sign up themselves.

It is available only on mortgages the bank owns — just 15 percent of the home loans for which it collects payments. The other 85 percent are owned by investors in mortgage securities.

The homeowners must be 1) at least 60 days behind on payments , and must 2) have been run through every available loan-modification program without success, because they either didn't qualify or had rejected an offer from the bank.

Those willing to become renters must resubmit financial information so the bank can verify that they can afford typical rent payments for their local housing markets. If they qualify, they will conduct what is known as a deed-in-lieu transaction, swapping their claim to ownership for a lease.

The leases are for a year, with options for the residents to renew for two more years. Since the damage to credit ratings from deed-in-lieu transactions is erased after three years, the renters at that point would have an easier shot at buying a home again, Sturzenegger said.

The program will be expanded only if it works out for enough borrowers, bank officials said.

Weitz - In theory, I love the idea of this program. Many homeowners want to stay in their homes, but simply can't afford the original mortgage or don't qualify for a modification. I'd like to see this program, or similar programs expanded on a massive scale, but I'm certainly skeptical given the past success of government or large bank programs.