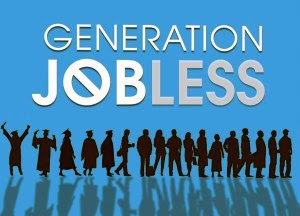 Tuesday's jobs report showed that construction employment is up strongly, but in many other ways, the report was bad for housing, according to a report by Trulia Chief Economist Jed Kolko.


The reason: Young adults aren’t getting jobs, a factor that weighs on household formation — the single most important factor to long-term housing demand.


About 75 percent of 25-to-34-year-olds were employed in September, about the same as September 2012 and closer to the depths of the recession than before the housing bubble started forming. Young people who don’t have a job are more likely to live with their parents and become “missing households” that aren’t renting or buying their own place.


That’s bad for the broader economy in all sorts of ways, such as lower spending on things such as furniture. These missing households are part of the reason why first-time homebuyers have been lagging in the housing recovery.

This coupled, with the huge increase in student loan debt over the past 10 years will be  a drag on the economy for years to come. 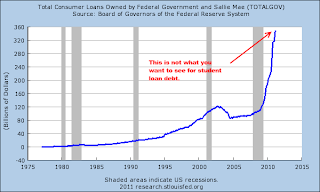 The jobs report is just the latest piece of economic data to pour some cold water on this year’s housing recovery. Existing-home sales were down 1.9 percent in September from a month earlier, in part because of higher interest rates. The month-earlier pace was revised downward.


To be sure, housing is far better off than it was a year ago. The July/August sales pace was the best since 2009, and inventories, while up, remain low by historical standards.


Still, it’s fair to say that housing has cooled off from the torrid pace seen in spring and summer. Online real-estate brokerage Redfin reported that its gauge of home bidding wars fell for the sixth month in a row in September.
Rylee Park Properties
at 8:30 AM 5 comments: 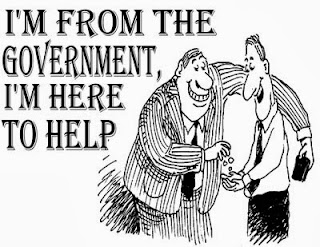 Fannie Mae and Freddie Mac have relaxed rules that would have kept banks from approving mortgages during the government shutdown.

Typically, Fannie and Freddie require lenders to verify a borrower's income with the Internal Revenue Service before closing on a mortgage. But last week, some lenders reported that they could not approve the mortgages because the shutdown had severely curtailed the IRS's operations.

The government-backed mortgage giants have since said lenders could continue to issue new loans even without the IRS's confirmation.

Borrowers who apply for mortgages will still need to sign an income verification request with the IRS. But verification can wait until after the government shutdown ends, and lenders can use other means to verify a borrower's income.

Wells Fargo, the nation's biggest mortgage lender, had originally said all mortgage applications would have to wait until the shutdown ends. But now it is telling underwriters they can move mortgage applications through the pipeline without the completed IRS verification, said Tom Goyda, a spokesman for the bank.

Some banks, however, may be more cautious, according to David Stevens, president and CEO of the Mortgage Bankers Association. Stung by a flood of defaults after the housing bubble burst, lenders are especially wary of borrowers who claim earnings from self-employment or who supplement their wages with freelance work, consulting or other less-thoroughly documented income sources.

In cases like those, said Stevens, lenders may seek to verify the information on a borrower's 1040 by asking for a copy of their bank statement from the month they deposited their 2012 tax refund or copies of the check they sent to the IRS to pay their taxes.

A small percentage of lenders -- perhaps 10% or fewer -- may decide that lending without the IRS income verification is too risky, said Stevens. If a mortgage defaults, Fannie or Freddie could force the lender to shoulder the losses.

"There's less appetite for risk, after the fiscal crisis," said Stevens. And that could be enough to scare some lenders into waiting until the shutdown ends.

For more information on your rights in Real Estate, consider contacting a Kirkland Real Estate Broker.