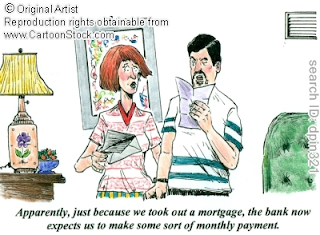 In May, foreclosure starts outnumbered foreclosure sales by a near 3-1 ratio, according to a report from Lender Processing Services.


Weitz – I’d love to hear from the folks that claim real estate is recovering and get their spin on this. The reality is that we cannot and will not have a sustainable recovery in real estate or otherwise until the distressed real estate situation tempers out. There are still far too many people that owe much more than their homes are worth and I strongly believe that the foreclosures and short sales will be on a drag on pricing for some time.


LPS Applied Analytics SVP Herb Blecher said the situation is more nuanced when looking at the breakdown between states that apply judicial versus non-judicial foreclosure processes.


Blecher added both figures are significantly higher than the pre-crisis average of 0.5 percent, but noted the average yearly decline in non-current loans for judicial states is less than one percent compared to 7.1 percent in non-judicial states.


Unlike non-judicial states, lenders must receive court approval before initiating a foreclosure. This leads to a longer timeline for when foreclosures actually exit the pipeline.


At 7.2 percent, delinquencies in May were up slightly by 1.1 percent, but down almost 12 percent a year ago.


For more information on your rights in Foreclosure or Short Sale, consider contacting a Seattle Foreclosure Attorney.
Our Firm