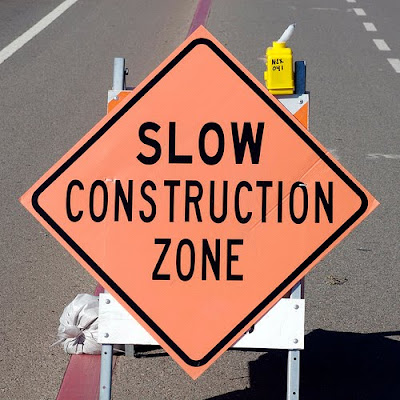 WASHINGTON (AP) -- Home construction in the United States is all but coming to a halt.

Americans are on track to buy fewer new homes than in any year since the government began keeping data almost a half-century ago. Sales are now just half the pace of 1963 -- even though there are 120 million more people in the United States now.

The sliding sales show just how far the housing market has fallen since the bubble burst four years ago. And they're a blow to the economic recovery as it draws strength from other places.

Weitz- let me paraphrase - "blow to the economic recovery as it draws strength from 'the Federal Reserve printing money and giving it to banks'".
Diminished sales have driven the median price of a new home down to about $202,000, the lowest since 2003. If the sluggish sales continue, analysts say, small homebuilders will fold, meaning less competition as the market improves and higher prices later.

Weitz - This is a terrible analysis - once the demand picks up as prices get to a true value, builders will be back at it again with new funding.

"The longer it goes on, the more builders will drift away from the industry altogether," said Paul Ashworth, chief U.S. economist of Capital Economics.

Ashworth noted that a surge in foreclosures is forcing down prices for previously occupied homes even faster than they're falling for new homes. As a result, new homes are less attractive to buyers.

"That's not going to change for at least another year or two," Ashworth said. "Under these conditions, you can't really see homebuilders willing to ramp up, and that's bad for buyers."

Weitz - buyers will just have to settle on the Millions of un-occupied bank owned properties.

Sales of new homes plunged in February to an annual rate of 250,000, the Commerce Department said Wednesday. It was the third straight monthly drop. The pace is far below the pace economists say is healthy, about 700,000 a year.

Last year, 323,000 new homes were sold -- the worst year on record and the fifth straight year of declines. Economists don't expect this year to be any better and say it could take two years or more before sales return to a healthy pace.

New homes have accounted for just 5 percent of all sales so far this year. They typically represent closer to 15 percent. There were just 183,000 new homes available for sale in February, the smallest supply in four decades.

The median price of a new home is now 30 percent higher than that of a resold home, twice the typical markup in a healthy economy.

Builders have responded by scaling back. In February, they broke ground on only about 40 percent of the number of homes they typically do in normal markets.

That decline in activity is weighing down the construction industry, which in the past has fueled economic recoveries. It's also slowing the broader economy. Each new home creates an average of three jobs for a year and $90,000 in taxes, according to the National Association of Home Builders.

People are still looking at new homes, builders say. But many would-be buyers say they can't justify the cost.

For starters, it's cheaper to buy used -- especially if you can get a foreclosed home or a short sale, when lenders let homeowners sell for less than they owe on their mortgage.

Banks are imposing tougher standards for loans and requiring bigger down payments. And many people are nervous about entering the market, fearful that home prices have yet to reach the bottom.

Gregory F. Ugalde has been encouraged by increased foot traffic at his model homes in recent months. But Ugalde, president of Connecticut homebuilder T&M Building Co., is building only about a third of the homes he did before the housing boom began in 2003.

"Over the past year, we thought the recovery in our industry would be right around the corner," Ugalde said. "It's like they're teasing us."

Buyers say the same could be said for builders.

Tony Michaels wanted to buy a new home for his wife and 3-year-old son. He looked 35 miles north of Washington, in the town of Eldersburg, Md. In October, he found a home that could be built for $800,000.

But once he included a dishwasher, windows and other amenities, the cost ballooned to $950,000. And Michaels had trouble putting his current home on the market.

"We just started looking at houses that were already out there, and they weren't that bad at all," he said. "We've worked hard, and we wanted a home to call our own. But while an old home is not our first choice, we're going to save a lot of money."

The asking price for the home he found is nearly $425,000 less than the new home he had planned to buy.

The disparity has led homebuilders to cut their selling prices and build more inexpensive homes. New homes that cost between $150,000 and $200,000 now make up a third of sales -- the biggest such proportion in records going back more than a decade.

"Falling housing prices of existing homes are robbing demand for new houses, and until that changes, the housing market will be in trouble," said Yelena Shulyatyeva, an analyst at BNP Paribas.

Weitz - If you follow this blog, this is as expected. Unfornately, we see more of these types of articles ahaed.