Visit msnbc.com for breaking news, world news, and news about the economy

A clip from the Dylan Ratigan show regarding the interplay between our Real Estate Debt problems and the general economy. Some high-lights include:

2) The root of our financial issues is an overwhelming amount of debt at the consumer level, the corporate level, and even the governments at all levels.

3) Fannie and Freddie became the primary source of financing to assist the housing boom as they issued loans with little or no capital requirements for borrowers – note that these governmental agencies warped the true capitalist economic principals.

Dylan discusses the potential of mass debt restructuring, which is an interesting idea that has been used in the past (Post Civil War, Post WWII).

Here is my take: there is simply no easy way to overcome the debt issues we face: in essence, we have two options, we can

1) print money to ‘monetize’ the debt – this is the route that we have choose thus far, and it negatively effects the dollars while spreading the printed dollars in an incredibly inequitable manner – to the banks and to the government – this does the people no good as while most of us will not benefit greatly, we see the negative effects of a depreciated currency at the gas pump, home energy costs, and at the grocery store; or

2) cancel debt at all levels – this would negatively effect the banks, but would it injure the American people? – it most certainly would be difficult and the unintended circumstances are uncertain, but I would argue that most people would probably benefit more from option 2 than option 1. At the end of the day, there is no easy way out of our mess. I believe the focus should be on focusing on a system that we can build from (rather than trying to save a financial system that is clearly broken and unsustainable).
at 7:58 AM No comments: 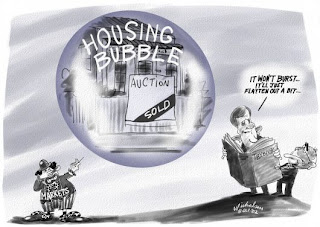 The home-buying season was a bust.

March through August are typically the peak buying months. But this time, Americans bought fewer new homes in that stretch than in any other six-month period since record-keeping began a half-century ago.

And sales of previously occupied homes didn't fare much better. They nearly matched 2009's total for the peak buying months. And that was the worst since 1997.
Combined, total sales this spring and summer were the weakest on records dating to 1963. The figures underscore how badly the housing market is faring and suggest that a recovery is years away.

Weitz – even with depressed pricing, the home sales were the lowest in 50 years! That doesn’t include the population growth – which makes things even worse by comparison.

Because the economy is barely growing and unemployment exceeds 9 percent, many people see a home purchase as too big a risk. Some worry about losing their jobs.

Others can't afford the 20 percent down payment that most lenders now require.
Not even shrunken home prices and the lowest mortgage rates in six decades are convincing would-be buyers.

"The job engine has really sputtered out, and without jobs, Americans really can't purchase homes," said Celia Chen, a housing economist at Moody's Analytics.
Plunging stock prices and renewed recession fears have led many economists to push back expectations for a housing recovery.

Chen expects prices to bottom at the start of 2012. And she doesn't expect sales and prices to make a healthy recovery until 2015 at the earliest. In hard-hit areas such as California and Florida, it could take decades for prices to return to normal, she said.

Pierre Ellis, an analyst at Decision Economics, said that until wages increase and hiring picks up, sales will languish.

The "bad news is the evident absence of optimism that sales will pick up to any degree," Ellis said.

In a healthy six-month buying season, about 400,000 new homes would sell.

Among re-sales, about 2.8 million homes sold from March through August this year.

That's roughly as many as in the same periods in 2009 and 2010. In a healthy market, about 3.3 million would be sold in that six-month stretch.
Michael McGrew, who runs McGrew Real Estate in Lawrence, Kan., said many families won't buy until the economy strengthens. Even in Lawrence, which had a low unemployment rate of 6.4 percent in July and is home to the University of Kansas, people are worried, McGrew said.

What would help most would be a relocated company that's ready to hire in the Lawrence area, McGrew says. But hopes for the housing market to turn around soon are dim, he said.

"We're actually seeing more people trading down their home or trading out of our market entirely," McGrew said.

Nationally, prices are still falling. Prices for previously occupied homes have sunk more than 5 percent over the past year to a median of $168,300. New-home prices have fallen even further, by 7.7 percent, to $209,100.

That suggests builders and Realtors are slashing prices to compete with low-priced foreclosures and short sales. Short sales occur when lenders allow homes to be sold for less than what's owed on the mortgage.

Combined, foreclosures and short sales are selling at an average 20 percent discount. And they're lowering neighboring home values.

Weitz – the combination of unemployment, stock market fall, and lack of financing is leading to continued struggles. As I’ve said since I started this blog- we must go through the pain before we can truly recover. Unfortunately, I see the pain continuing for awhile given the weak demand demonstrated in these numbers and continued distressed owners.

For more information on your rights in Foreclosure, Short Sale or Bankruptcy, consider contacting a Seattle Foreclosure Attorney.

The FHFA is suing the banks for mortgage securitization practices. This is rather odd given that Fannie and Freddie (whom the FHFA's sole purpose is the regulator and oversee) are implicitly in bed with the banks as they have 'bought' (or been ordered to buy) trillions would of mortgage paper from the banks to help get the banks healthy.

Here is an interesting video from CNBC Realty Check:

MERS Update - its a bad argument 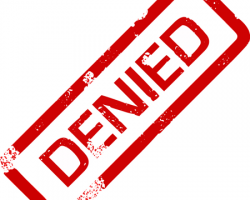 Mortgage Electronic Registration Systems (MERS), the operator of an electronic registry of mortgages, and lenders won a U.S. appeals-court ruling upholding dismissal of claims by Arizona borrowers challenging their lending and foreclosure procedures.

Note my previous post on the issue:Mers problem in plain english.

“My guess: Just as we don't depend on horses to transport us anymore or cook our meat over an open fire, we must adopt to a new era of technology and adopt the MERS system (warts and all). I think its fairly obvious that the courts/ politicians will take the easy way out and alter the law rather than create a tidal wave of title issues that could cripple the national real estate market.

Of course, they must first "investigate the problem" as they are now doing in all 50 states. This is purely my opinion, but I believe the investigation is mainly a political ploy to appease the constituents”.

The federal court in San Francisco ruled Wednesday that a district court properly threw out a lawsuit filed by three borrowers alleging conspiracy and fraud.

In addition to MERS, defendants included Bank of America and JPMorgan Chase.

"The plaintiffs' claims that focus on the operation of the MERS system ultimately fail because the plaintiffs have not shown that the alleged illegalities associated with the MERS system injured them or violated state law," the three-judge appeals panel said.

MERS, a unit of Reston, Va.-based Merscorp, bills itself as a provider of "support services to the mortgage industry," specifically tracking the servicing rights and ownership interests in mortgage loans.

The company lets banks electronically register their sales of home loans so they can avoid trudging down to the county records office.

The Arizona borrowers, who are Hispanic and didn't speak or read English, had executed deeds naming MERS as the "beneficiary" and "nominee" for the lender.

After the borrowers defaulted on the loans, MERS recorded documents assigning its interest in the deeds to a bank appointed by the lender as trustee to foreclose on the properties, which were sold at auction, the ruling says.

The borrowers sued, alleging that MERS members conspired to commit fraud by using the registry as a sham beneficiary, promoting predatory lending practices and making it impossible for borrowers or regulators to track when their loans changed hands.

The Arizona district court dismissed the case without giving the plaintiffs an opportunity to amend the suit to add wrongful foreclosure claims related to MERS' procedures.

"This is a very good opinion for MERS," said Janis Smith, a company spokeswoman.
"The court found that borrowers were in no way injured by any action taken by MERS," Smith said.

Robert Hager, a Reno, Nev.-based lawyer for the borrowers, said that while "these particular plaintiffs were denied relief because of the particular facts and because they're in Arizona, there's a great deal of good analysis and law about MERS and the recording system in general that will help" other plaintiffs in the San Francisco-based appeals court.

Weitz – Until I see otherwise, I continue to believe that Attorneys attempting to utilize the MERS argument are wasting their client’s money. The only advantage I can see is that the law suit, however frivolous could delay a foreclosure proceeding.
For more information on Distressed real estate, consider contacting a top seattle foreclosure attorney.