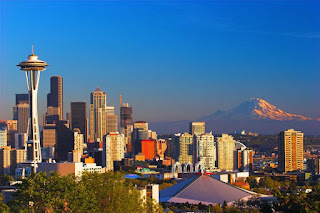 Weitz – Below is an interesting article from the WSJ on the link between home prices, and median income. This is a very important data set in my opinion. First, I will outline provide the entire article, and then we’ll compare it to the local Seattle Market market and see how the theory applies.

AP - Home prices in some of the nation's hardest-hit metro areas have fallen far below pre-bubble levels, stirring concerns that properties in those markets are undervalued.

In a recent analysis, real-estate firm Zillow Inc. studied the correlation between home prices and annual incomes over the 15-year period that ended in 2000, before home prices began to surge.

For decades, price-to-income levels have moved in tandem, with a specific housing market's prices rising or falling in line with local residents' incomes. Many economists say that makes the price-to-income ratio a good gauge for determining whether housing is undervalued or overvalued for a given market.

Zillow found property prices in one-third of nearly 130 housing markets across the nation were undervalued, when compared with residents' current income and the pre-bubble trend.

Weitz – that seems amazing; the issue is that with more un-employed currently than is historically expected, and the lack of down payment ability for many, I would argue that 1) the needed demand for the excess inventory of housing is simply not available financially for many, and 2) the lack of financing availability will be an issue for years to come. The banks have gone in the complete opposite direction from what caused this mess – 5 years ago, a pulse was all that stood between a buyer and a bank loan. Now, standards have gotten extremely harsh and loans can be much more difficult - certainly much more difficult than in the boom.
"At a broad level, it is helpful to understand that if people in certain markets paid three times their average income in housing before the bubble, those markets are probably going to get back to that level," said Stan Humphries, chief economist at Zillow.

The analysis underscores a broader point: While the nation's housing markets largely fell and rose together during the housing boom and bust, they aren't likely to hit bottom and begin recovery at the same time or pace. The Zillow analysis shows that many markets still appear to be overvalued.

For the U.S. as a whole, home prices were around 2.9 times incomes from 1985 to 2000. But during the housing boom, values increased at a much faster rate than incomes. The price-to-income ratio peaked at around 5.1 in 2005. Home prices have since fallen so that on average, nationally, prices are around 3.3 times incomes, or about 14% above the historical trend.

Of course, prices have fallen much faster in certain markets. In Las Vegas, home prices are now 25% below their historic price-to-income trend of 2.7. During the housing bubble, that ratio more than doubled to 5.6. Home prices have been falling for the past five years, and by March, prices were just 2.1 times household incomes.
Home prices are undervalued by 35% in Detroit; by 18% in Modesto, Calif.; and 13% in Fort Myers, Fla.

"Values dropped so far that there are just great bargains," said Dan Elsea, president of brokerage services for Real Estate One in the Detroit area. For years, layoffs in the automobile sector contributed to a "total freeze on activity," he said. But over the past six months, as the industry has recovered, "you have this dam burst of people saying, 'We're ready to buy.'"

Elsewhere, prices are so low that more investors are scooping up foreclosed properties and renting them out. Since March, Ron Leis, a real-estate agent in Sacramento, Calif., has spent about $500,000 to buy four foreclosed properties that have been converted to rentals. Investors can cover their monthly costs and make an 8% to 12% profit "pretty easily," he said. "We haven't seen that in 20 years."

Prices could keep falling in "undervalued" markets that are struggling with an oversupply of foreclosures or where high unemployment limits the pool of potential home buyers. "There's no iron law that says a market will return to its historical average," said Mr. Humphries.

Housing also has grown more affordable thanks to mortgage rates falling to near their lowest levels since the 1950s. Last week, the 30-year fixed-rate mortgage averaged 4.32%, according to a survey by Freddie Mac.

Aaron Holley hadn't even thought about buying a home until he looked into consolidating his student-loan debts and saw how interest rates and home prices had fallen. "I never actually thought there was going to be the possibility of me owning a home in the state of California," said Mr. Holley, 29, who last month bought a three-bedroom home in Santa Rosa, Calif., for $260,000. He locked in a 4.38% fixed rate on a 30-year mortgage.

Zillow's report shows that home prices in Santa Rosa are around 4.9 times area incomes, down from a peak of 9.4 in 2005 and back to levels not seen since 1999. Prices are still higher than the 1985-2000 average of 4.1 times incomes. The prospect that home prices will decline further "bothers me a little bit," says Mr. Holley, who works as a concept artist for a videogame company. "But at the same time, I feel like I got a good deal."

Some of the most overvalued housing markets, according to the Zillow analysis, include Virginia Beach, Va.; Honolulu; and Charleston, S.C. In Virginia Beach, for example,prices would have to fall by 50% to hit their traditional relationship to incomes.

For the purposes of this analysis, let's assume household median income for King County is $66,000 based on the 2010 projections of the Washington Office of Financial Management. 2011 numbers are not posted, but I think its fair to say the incomes would be relatively close to 2010 numbers.

Clearly, numbers are easy to skew in any direction you'd like, but I think these are relatively un-bias numbers from independent sources.

Bottom line: if home values are historically 3x income, Seattle's range of approximately 5.2 (348k / 66k) is still far above that 3x average. In fact, for prices to get in line (based on these numbers), we would be looking at a 44% drop in Real Estate prices. I'm not sure I'm willing to predict further declines that excessive as we are already 33%+ off of the peak, but it is certainly something to think about, and I'm not willing to entirely rule it out given the number of foreclosures and distressed homeowners in the market today.

Every so often, I see some non-real estate stories/ opinions that are worth sharing as the reality of our situation is that the Real Estate and the Economy are truly hand in hand. As one improves, so does the other. As one continues to fall, it will drag the other with it.

Below is a video clip from the Dylan Ratigan show where Dylan gets pissed. He calls out both Republicans and Democrats and focuses on the complete lack of response from BOTH sides, neither of whom address some of the underlying issues that continue to hinder a real recovery (both in Real Estate and the general economy).

Visit msnbc.com for breaking news, world news, and news about the economy 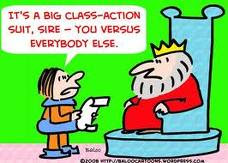 AP - Washington state sued a subsidiary of Bank of America Corp. on Friday, arguing that the company has improperly handled thousands of foreclosures in the state.

"ReconTrust's illegal practices make it difficult, if not impossible, for borrowers who might have a shot at saving their homes to stop those foreclosures," McKenna said.

McKenna said the company also violated state law by failing to maintain an office in the state where borrowers can go to make last-minute payments or discuss the process. He also said ReconTrust gave confusing information to borrowers about how they could go about curing their default.

Weitz - we've stopped numerous foreclosures from this very argument. Its a requirement that the trustee be located in Washington state. It's been a great stall tactic for our clients.

Bank of America spokeswoman Jumana Bauwens said ReconTrust operates in compliance with the law and that the company disagrees with McKenna's concerns. She said the company has added physical locations to provide in-person support for customers while also hosting events so that consumers can review all possible solutions to keep them in their homes.

"We make every effort to reach out to delinquent customers to offer home retention options as well as foreclosure avoidance programs," Bauwens said. "Foreclosure is always our last resort."

The lawsuit seeks civil penalties of up to $2,000 per violation as well as restitution for consumers. The attorney general's office believes ReconTrust failed to comply with state law in every foreclosure it has conducted since June 2008.

ReconTrust has issued 9,900 foreclosure notices over the past three years in King, Pierce and Snohomish counties, according to the attorney general's office, but the company operates around the state. McKenna's office said it doesn't know how many foreclosures could have been prevented if the company had complied with state laws.

The attorney general's office says it is investigating more than a dozen other trustees for suspected violations.

Myra Cole, a single mother from Spanaway, was in the process of working on a possible loan modification with her loan servicer when ReconTrust sold the home at foreclosure. She called it an injustice, saying they were taking the proper steps to try and save the home.

"I just can't believe that the company that's supposed to be helping me is foreclosing on me," Cole said in a statement provided through McKenna's office.

Weitz - This will be an interesting case to follow. My money is on a settlement that is minimally evasive to Bank of America's operations - that seems to be the status quo for governments of all levels...talk a big game in regards to the banks and then fold over when the Banks argue back.

For more information on your rights in Foreclosure or Short Sale, consider contacting a Seattle Foreclosure Attorney.

weitzlawfirm.com
at 1:39 PM No comments: