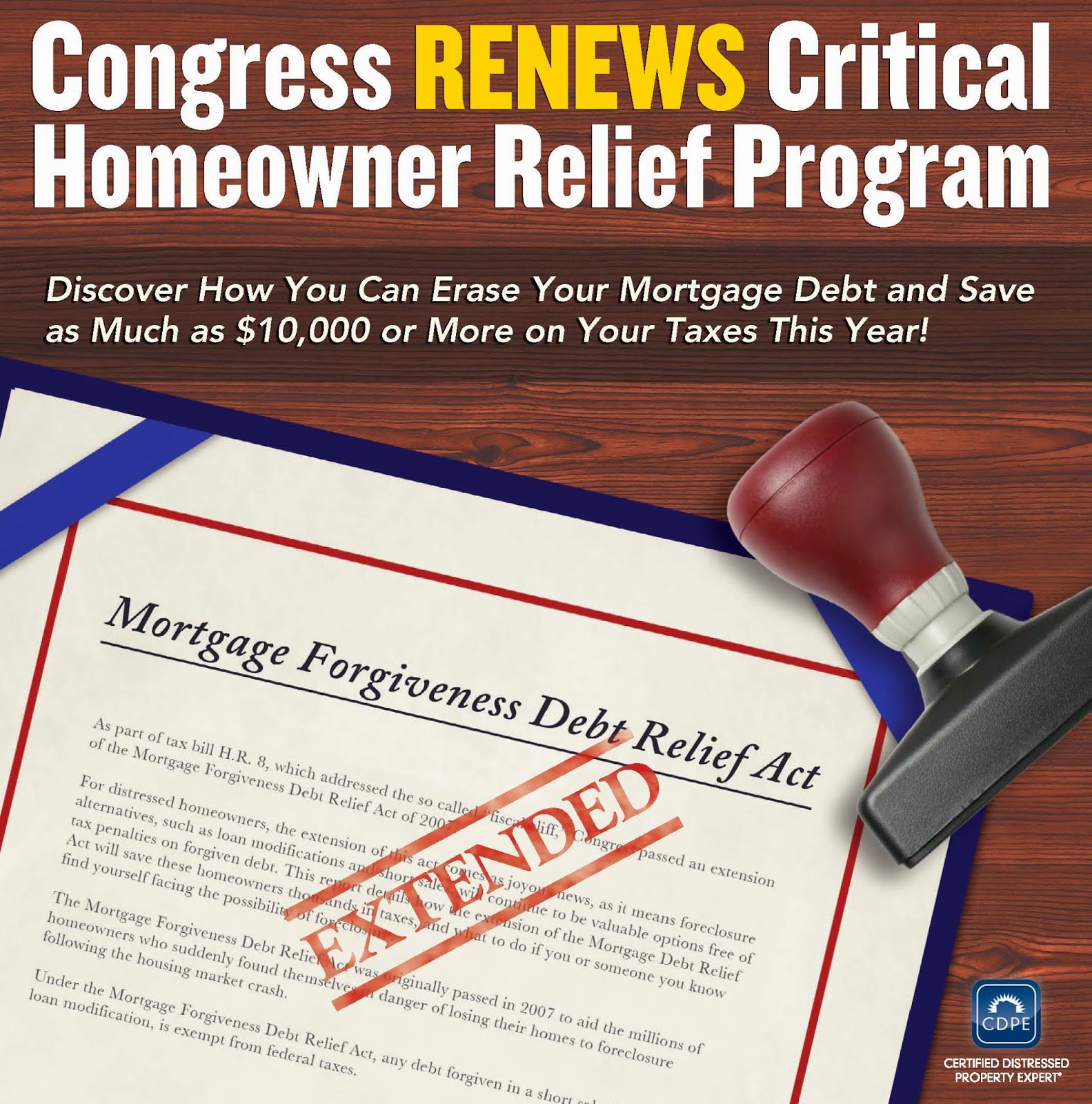 Great news: Congress (Finally) pass a package of tax extensions approved by the U.S. House and Senate, and headed to the President’s desk for signature, includes important provisions that will help distressed homeowners and commercial property investors with transactions made during 2014. See original article here.
The law will be extended through 2015.
Why its important:
Imagine losing a life savings in a underwater property....then you sell it and/or have it foreclosed...and get hit with a large tax bill from Uncle Sam. If it doesn't sound fair, its because it isn't. We applaud Congress for finally extending this law.
For more information on your rights contact a Kirkland Real Estate Broker call us for a free consult.
About us:
Rylee Park Properties
520 Kirkland Way, Ste 103
Kirkland, WA 98033
T: (206) 306-4034

NWMLS Report:
Market continues to soften around Seattle according to recent stats put out by the NWMLS.
We'll use the year over year since since those are typically better indicators than the monthly fluctuations (although the monthly indicators indicate similar issues).
1. Listings are up 9.6% which creates a large supply of homes.
2. Closed Sales are down 2.9% yoy.
3. Months of supply are up 12.9%
4. Median price is up 5.9%, but we would expect that number to decrease as the items 1-3 will likely create a drag on the market in the coming months.
....Time will tell.
For more information on your rights contact a Kirkland Real Estate Broker, call us today at (206) 306-4034 or you can email us at scott@ryleepark.com

AP - A recent article on the status of the Mortgage Debt Relief Program.

Foreclosures have been dropping dramatically over the past year, but without help from Congress they could begin to rise again. In 2007, Congress passed a tax exemption for mortgage debt forgiveness. That exemption expired at the end of 2013 and has not been extended, as some predicted it would be.

The recent foreclosure crisis was one of the most dire episodes in U.S. housing history, but it could have been even worse had the banks not forgiven billions of dollars in mortgage debt. Much of that was mandated by legal settlements with the federal government and state attorneys general. Since 2007, banks have approved approximately 2.8 million short sales, according to Black Knight Financial Services. A short sale is when the home is sold for less than the amount of the mortgage.
There is support in Congress for an extension, as well as among state attorneys general and housing advocates. Several bills are being considered that could extend the tax relief through 2015 or 2016, but with the much broader move to overhaul the entire tax code, they appear to be getting lost in the shuffle.

It is difficult to put an exact number on principal reduction mortgage modifications, but they number in the millions as well. All together, billions of dollars were expunged on paper and not taxed as income, as they would have been prior to 2007. These foreclosure alternatives helped and continue to help bring down the number of homes being lost today.
Loans in the foreclosures process are down nearly 28 percent from a year ago, according to Black Knight, but the pipeline, while no longer growing, is still large. More than 3 million borrowers are behind on their mortgage payments, and 1.24 million are in the foreclosure process. Many of those delinquent borrowers could avoid foreclosure through a short sale or principal reduction loan modification.

Even banks and investors could get hurt if borrowers can no longer afford short sales. Short sales have helped to clear much of the distress from the housing market, especially in states where the foreclosure process requires a judge. Those states have huge backlogs of delinquent loans.
"With fewer short sales, you're going to see longer liquidation timelines, so you're going to see more full foreclosures and REOs [bank repossessions]," said Sean Nelson of Fitch Ratings. "With longer timelines, you have more costs associated with liquidation of the properties. More costs translates to lower recoveries for investors.

Weitz - this article is pretty self-explanatory, but we still continue to believe the law will be extended...someday. Without it, foreclosures and bankruptcies would increase dramatically and that is not good for anyone.

Weitz - A great piece in the Washington Post today. Rumor has it their is something in writing to extend the law, but Congress hasn't put it to a vote yet. We'll let you know as we hear anything.
There’s a tax break for struggling homeowners that Congress should not have let expire just before the new year. If it’s not extended, some people selling their homes could get big tax bills.


As the housing crisis in the middle of the last decade drove people into foreclosure, many borrowers were not aware that forgiven debt — including on mortgages — is considered income.


In 2007, Congress passed the Mortgage Forgiveness Debt Relief Act to help people who were down on their luck financially because of the loss of their homes.


The concern was well placed. If people couldn’t afford to keep their homes, sending them a large tax bill just seemed cruel.


The tax exemption played an important role as borrowers who were unable to refinance their mortgages ended up selling them through so-called short sales, in which the lender allows the borrower to accept a price that is less than the amount owed. Often, borrowers trying to get out from under a mortgage can negotiate to have the remaining balance forgiven.


The tax break was supposed to end in 2009. But it was extended twice through Dec. 31, because many people still needed help. It was a decent thing to do. Up to $2 million of forgiven debt qualified for the exclusion ($1 million if married filing separately).


In addition to foreclosures or short sales, debt reduced because of a mortgage restructuring also qualified for relief.


It might not make sense to have to pay taxes on forgiven debt because it isn’t money that was earned. You aren’t taxed on borrowed money because you have an obligation to repay it. However, money you borrow that is then canceled as a result of a foreclosure or short sale counts as income.


If the debt is forgiven, the lender is required to report the amount because you no longer have an obligation to repay the money. Let’s say someone owes $200,000 on a home but can sell it for only $125,000. The difference, $75,000, would be considered taxable income.


Critics argue that it’s time to move on. Allowing the tax break means less revenue for the federal government. Additionally, some taxpayers may be able to still get around owing taxes on forgiven debt if they qualify under what’s called the insolvency exclusion. You may not have to include forgiven debts as income if you can show that your total liabilities exceed your total assets.
Weitz - an exception to the tax is either by filing bankruptcy or insolvency (debts exceed assets), or even foreclosure in some states (including Washington). The reality is that we will push many more clients toward bankruptcy or foreclosure (rather than short sale) which won't be good for the economy.


Yet let’s get real here, folks. This is a tax break that needs to be restored — and immediately.


Yes, things are a lot better than in the depths of the housing crisis. In many areas, as housing prices increase, fewer owners are underwater, meaning they owe more than the home it worth.


However, the housing market still hasn’t fully recovered. Things are better, but not great. In November, the number of properties that received a foreclosure filing was 37 percent lower than in the same month a year before, according to RealtyTrac. But there are still a lot of people who may lose their homes.


In a letter to congressional leaders in support of an extension, the National Association of Attorneys General pointed out that an estimated 7.1 million homes with mortgages, or 14.5 percent nationally, are still in negative equity.


“We continue to believe that this relief is crucial to both the homeowners struggling to regain their financial footing and to the battered housing market whose recovery is slow and still uncertain,” the attorneys general said.


As part of JPMorgan Chase’s $13 billion settlement with the Justice Department and other federal and state partners stemming from misrepresentations about mortgages that were sold, the bank agreed to include consumer aid in the form of forgiveness of portions of people’s principals. Certainly borrowers who might get some of their mortgage debt forgiven as part of that settlement or others because of misconduct by financial institutions shouldn’t face a tax bill.


Extending the mortgage forgiveness tax break is the right thing to do.
Weitz - Agreed! Wake up, Congress! Lets extend this law. We bailed out the banks with real government money. All you are doing is adding insult to injury for folks who lose their primary residence.