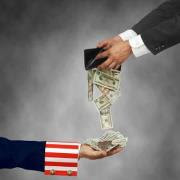 The Assessor revalues all property in King County each year and sends out revaluation cards in April, finishing sometime in August, depending on location and/or property type. These new valuations will be the basis for the amount of taxes due the following year.

Opportunity to Appeal and Filing Deadlines
Property owners who believe the new assessed value of their property exceeds its fair market value have the opportunity to appeal each year following receipt of the Assessor’s revaluation notice by timely filing a petition to the King County Board of Equalization (BOE). DON’T MISS YOUR FILING DEADLINE! Petitions must be received by the Board on OR before July 1st of the assessment year OR within sixty (60) calendar days after the date listed on the Assessor’s value change notice – whichever date is later. Due to the timing of the Assessor’s revaluation notices, in most cases, the filing deadline will be 60 days from the mailing date listed on the notice.

SUBMITTING YOUR PETITION TIMELY IS KEY. While it is recommended that you provide the evidence you will use to support your appeal as early as possible, additional evidence may be submitted up to seven (7) business days before your future hearing, which is typically several months after you file the appeal. There is no filing charge for filing an appeal.

Assessor’s Response to Your Appeal

You should expect a response from the Assessor in two to six months, depending on the volume of appeals. Based on the evidence included within your petition, the Assessor may choose to recommend an adjustment in the assessed value. If this occurs and you agree to the Assessor’s stipulated or recommended value amount, the need for a hearing will likely be eliminated. About 20% to 25% of the petitions filed each year are resolved in this manner.

Weitz: Below is a recent Seattle Times article exposing one of the larger issues that faces the current Real Estate market - the Mortgage Debt Relief Act. I will provide our thoughts and input where appropriate. 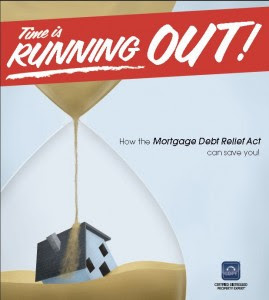 AP — Patrick Boris, a banquet chef in Las Vegas, is inching closer to his own “fiscal cliff,” 2,100 miles away from the political brinkmanship under way on Capitol Hill.
If Congress and the White House allow the country to go over the cliff later this month, Boris figures he could owe federal income taxes on more than $100,000 in forgiven mortgage debt after the short sale of his two-bedroom town home next year — a personal financial “disaster,” in his words.
Weitz - currently, the law is set to expire at the end of this year, BUT there are numerous bills on the floor to take its place.
In Sacramento, Calif., Elizabeth Weintraub, a real-estate broker who specializes in short sales, says “many” of her clients have potentially taxable exposures on $200,000 or more in negative equity balances on their short sales next year if Congress fails to act.


Across the country, fears such as these are mounting. With the outcome of negotiations over taxes, spending and the federal debt uncertain, huge numbers of underwater owners worry that a single legislative provision that has been sucked into the “fiscal cliff” vortex could devastate them personally.
The issue is the extension of the Mortgage Forgiveness Debt Relief Act, which is to expire Dec. 31.
Dating to 2007, the law temporarily amended the federal tax code to allow mortgage debt on a principal home that is canceled by a lender through a loan modification, short sale or foreclosure to escape taxation as ordinary income.

Weitz - it applies to loans that were taken out to 'purchase or improve' your PRIMARY residence....it does not apply to loans for rental properties, investment, etc.


Several bills have been introduced in the House to extend the law for at least another year, and the Senate Finance Committee passed a bipartisan bill this summer that would do the same.
Weitz - it should be noted that foreclosure or bankruptcy could potentially be used to avoid this tax in Washington State, so it would behove Congress to pass the law as firms like ours would simply push more people into Bankruptcy or Foreclosure to evade this tax burden.


But mortgage-debt forgiveness is on hold in both chambers, effectively a hostage until Congress works out a grand bargain, if it ever does.


Though it’s a relatively small and noncontroversial item compared with the multitrillion-dollar debates over taxes and spending, what’s striking is that it potentially affects such a large group of owners and could be extremely painful.


• Nationwide, according to mortgage-industry estimates, about 11 million owners are underwater.
Weitz - this is unrelated to the tax issue, but provides reason that any optimism in real estate should be cautious optimism as there are certainly some fundamental issues that could derail our current recovery.


New data generated for this column by realty-information company Zillow indicates that the average negative-equity amounts of owners who are underwater — their loan balances exceed the property value — are higher than $90,000 in more than 64 local markets and more than $50,000 in 470.


• Federally regulated Fannie Mae and Freddie Mac own approximately 4 million mortgages that are underwater, and as of Nov. 1 began encouraging owners who are current on their payments but facing a financial hardship to apply for short sales that forgive their outstanding loan balances.


All participants in these short sales who close after Jan. 1 could be subject to federal taxation on the forgiven balances if Congress does not extend the law.


• Forty-one state attorneys general recently appealed to Congress to pass an extension so as not to disrupt the $25 billion nationwide “robosigning” settlement they negotiated with five major lenders.


Among other provisions, the settlement encourages lenders to forgive billions of dollars in mortgage debt next year and beyond.


Failure to renew the law, said Nevada Attorney General Catherine Cortez Masto, would cause families who are already facing financial distress to be “stuck with an unexpected tax bill” that could deter them from “participating in this historic settlement.”


What’s the outlook? There are no indications that either House Speaker John Boehner, R-Ohio, or Senate Majority Leader Harry Reid, D-Nev., plans a separate vote on a mortgage debt-forgiveness extension, essentially freeing it from the game of political chicken under way.


Whether or not a grand bargain including an extension can be struck before the New Year witching hour is anyone’s guess — and an underwater short seller’s ongoing nightmare.
Weitz: this is certainly a very large issue for many folks in the distressed real estate market, and a constant conversation with our clients. That said, I remain optimistic that Congress will 'come to its senses' and extend the law - only time will tell.
For more information on your rights in Short Sale or Foreclosure, consider seeking guidance from a Seattle Foreclosure/ Short Sale Attorney.
To contact us today, please click here.
Our Firm:
Weitz Law Firm, PLLC
520 Kirkland Way, Ste 103
Kirkland, WA 98033
weitzlawfirm.com
at 9:32 AM 7 comments: